Niki in collaboration with the Art Encounters Foundation in Timisoara is launching the second edition of an international artistic residency exchange for artists based in Timișoara. We are pleased to welcome the artist Gavril Pop (*1998) for six weeks in Hannover.

To leave a mark, to take a note - no declinations, no number, but a gathering of plans and directions. There aren’t clear endings, just cumulations of ___ (!) - to continue

Shorthand is something that interested me for a while now - how a visual code was developed in such a way that we are able to record speech/sound without the use of any machinery. How much auditive or conceptual information can we attribute to a squiggly line, in such a way that text becomes a drawing of a drawing of a drawing and so on. It is, more or less, some kind of conceptual matrix of a suite of poetical occurrences, designated to reveal maybe a message from the other side, anything that might seem to be hidden at first sight from what we see at the surface of stuff.

For the Niki residency, I'll propose a hybrid discourse, composed of a theoretical and a design oriented research, trying, in a way, to ‘write’ the city, the locus of the inhabited space. The desire to record, to keep and interact with those texts and objects seems to deflect the so-called “end of history”. Then again, the desire to record functions under some sort of algorithm - each algorithm, a pattern. Those patterns tell us something about how things hold on to each other, to form something else - inspecting one element in numerous ways until when the same becomes the other, thus generating the staging for future lingvistic combinations.

I’m interested in three large subjects: pattern-making as a design practice and as a symbol for sociopolitical stance, pattern-making as a mathematical exercise (algorithmic repetition and combinatorial mathematics as methods of writing, Leibniz's stepped reckoner as a fetish object - that I’ve recently learned that it is kept in Hannover) and shorthand as a visual element. All those items are to be played with, resulting in other ways of signaling message and presence.

There is no real beginning or ending to this; just a constant search, research and desire to leave a mark, to take a note, maybe somebody else will know how to paste this puzzle together and reveal a greater truth (if that’s even possible). It would be an open end research, a performative talk and generative studio practice, designed to inspect and showcase the intricacies and sometimes absurd nature of language and its automatisms. 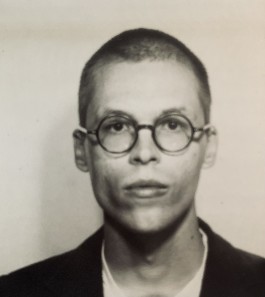 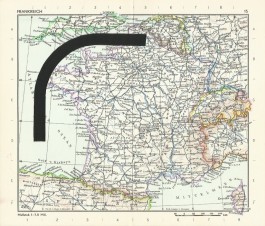 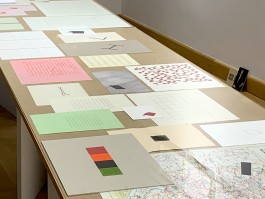 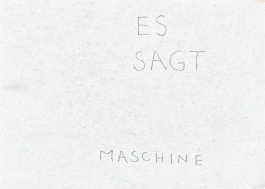